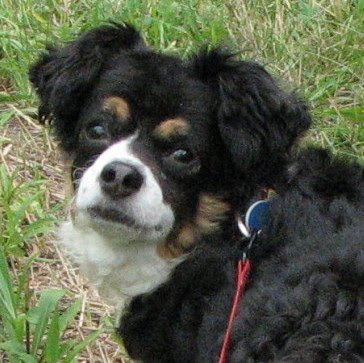 Six thirty this morning I woke up with a start to DH Bob saying, "I don't think Sunny is OK."

She wasn't. Her back was crippled up and she was walking stiff legged and in pain.

I jumped out of bed and started her on a round of steroids. At 9:00 I called Dr. Baker, her vet, and got instructions for what to do next. More steroids. Lots of steroids for three days, then start to taper off. If she goes back into pain, go back to lots of steroids.

She is looking better this afternoon, so I'm hoping we caught it in time to stop the spinal swelling before her muscles clench up. 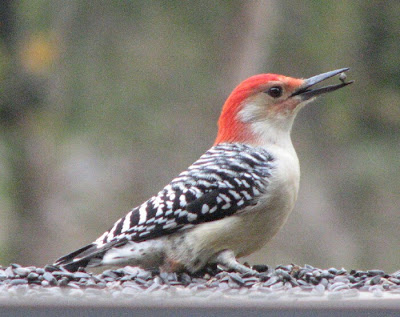 The east deck where we keep a ten foot plank full of sunflower seed for the birds is full of possum poop. Way more possum poop than should be possible.

The possum come up on the deck in the middle of the night to eat dropped seed. Evidently they're incapable of putting food into one end of their digestive tract without shooting poop out the other end.

I should be out there cleaning it up instead of inside writing about it.

Because I like my readers, you get a picture of a pretty male Red-bellied woodpecker eating sunflower seed off the plank instead of what's underneath the plank.

Possum (I think the US version is officially named opossum, but nobody calls them that) are slow moving, ugly, dumb acting nocturnal marsupials commonly seen as roadkill in Michigan. In fact, there's a joke about that:

Why did the chicken cross the road?
To show the possum it could be done. 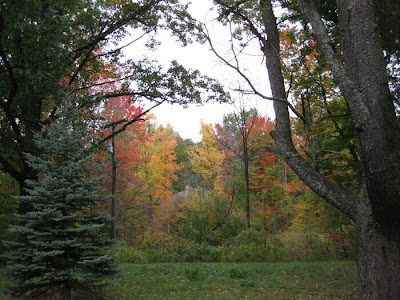