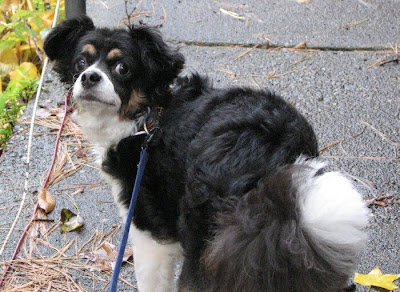 Sunny
We're holding our breath while reducing the Prednesone and watching her appear to be mostly better for now.

Sunny is eight years old. She first started having back problems when she was five and even then the x-ray showed some disk fusion in her lumbar region. She's way too young for this.

One of the younger vets said it was the worse arthritis of the canine spine she'd ever seen and handed us over to the elder vet of the practice. He's wonderful and will talk to us on the phone anytime we're not sure what to do next. Giving Sunny Xanax was his idea and it has worked great to relax her when she's in pain. It also appears to reduce her muscle spasms better than the muscle relaxant.

Sunny's given name is Sunshine because she brought sunshine into our lives. We always end up calling our dogs something with e-e-e on the end, so she's Sunny except when we're exasperated with her. Then, just like with a kid, we call her SUN..SHINE!

Hearing her name, people assume she's Sonny, male. That's why DH Bob thought it was funny to name our other little dog Pappy - so we'd have a Pappy and a Sonny/Sunny. Plus, of course, because he's a Papillon (the dog, not DH). I don't think anybody gets the joke except Bob. He had to explain it to me. 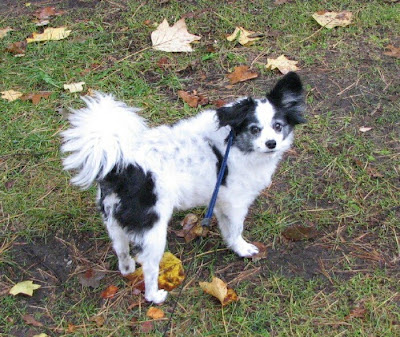 Pappy
Last week I was wondering if Pappy was getting too old for doggy school because he was getting tired in class and reluctant to do some of the things he likes least.

His class is called "Hobby Advanced", non-formal obedience, agility, tricks, games, and lots of socialising and laughter. Many of us have been working our dogs together for years. The dogs know each other and are excited to see each other every week.

Dog trainer Gail assured me that Pappy was still walking in the door excited to be there and, if it were her dog, she would make adjustments but not keep him away. She said she would help figure out the best way to keep Pappy happy.

When Pappy and I got there last night, Gail had come up with a doggy brain game for Pappy to play while the other dogs chased the dumbbell over the hurdles. On agility nights, we're going to skip obedience. Little changes like that are going allow Pappy (and me) to keep having fun at doggy school for a while longer.

Pappy and I were assured by most of the class that he needed to stay. I feel good about what's happening and can't say enough nice things about Gail who truly loves and understands dogs and their people. 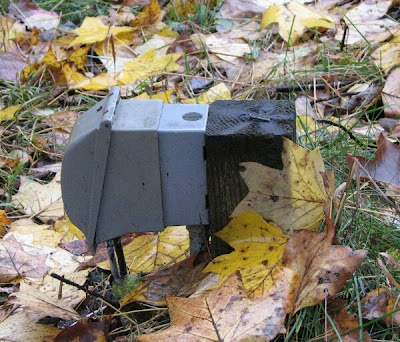 Septic System
One of the highlights of this past week was getting the power restored to the septic system pump.

Living in a wetland requires by law an expensive and complicated septic system with an above ground drain field fed by a dosing chamber with an underground pump. (For septic system nerds who want to know more, go here.)

Something happened to the underground wire providing power to the pump and we had an electrician and helper here on and off for two days digging up the yard and fixing things.

I'm not sure why I consider this blog worthy. Maybe to keep things realistic in noting that living in the middle of nowhere amongst nature is wonderful but not without disadvantages. 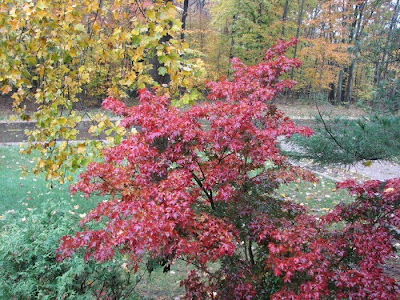