Wednesday Wings - Under the Feeder 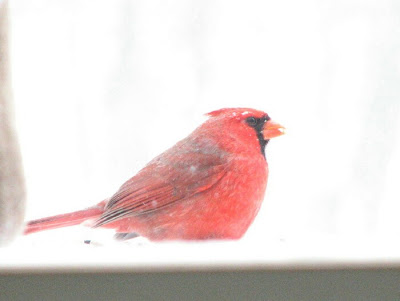 I've lost track of which predicted snowstorm just finished and which one is expected this evening. We've escaped the high winds, but not the single digit (F) temperatures and snow, snow, snow.

It's too cold for the road salt to work so driving is like playing bumper cars. To complicate matters, visibility periodically reduces to "where is the road?" condition. 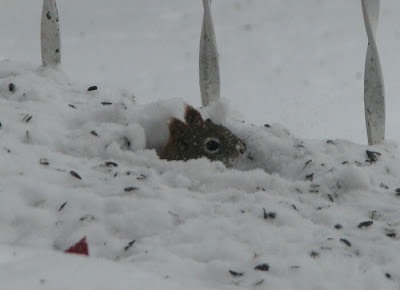 This little Red Squirrel dug himself a burrow in a foot of packed down snow under the board we keep stocked with bird seed. 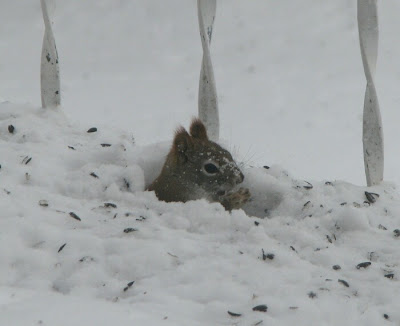 It's his own little squirrel size igloo complete with room service when seeds drop into the opening. 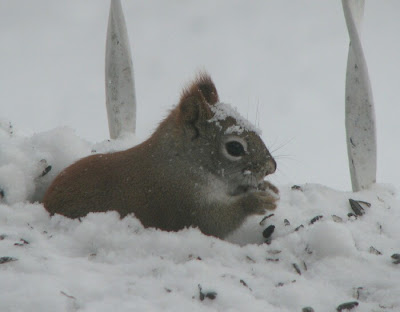